Gastroenterologists, if You’re Not Using P.A.s and N.P.s in Your Business, You’re Getting Less Money and Less Time for Yourself.

“P.A.s and N.P.s are taking over the healthcare industry!  I don’t want to lose my job to a mid-level provider!”

How many times have you see that on social media posts or blog articles?

Setting aside the use of the pejorative term “mid-level provider,” I think it’s time for physicians to end the assault on the clinical practices of P.A.s and N.P.s.

I get tired of the self-importance that many physicians place on their role in the medical profession, as though physicians hold exclusivity on good clinical practice.

I love being a gastroenterologist, and I spent 14 years after high school training to do it well.  However, I’m not the only person qualified to deliver high quality medical care to my patients.

Are you worried about P.A.s and N.P.s taking your job?  If you’re a good doctor, you should stop worrying.  Great P.A.s and N.P.s are everywhere, and I think it’s time physicians embraced them.

In fact, as a gastroenterologist, I’d go so far as to say that it’s imperative for you to work with them in your clinical practice. 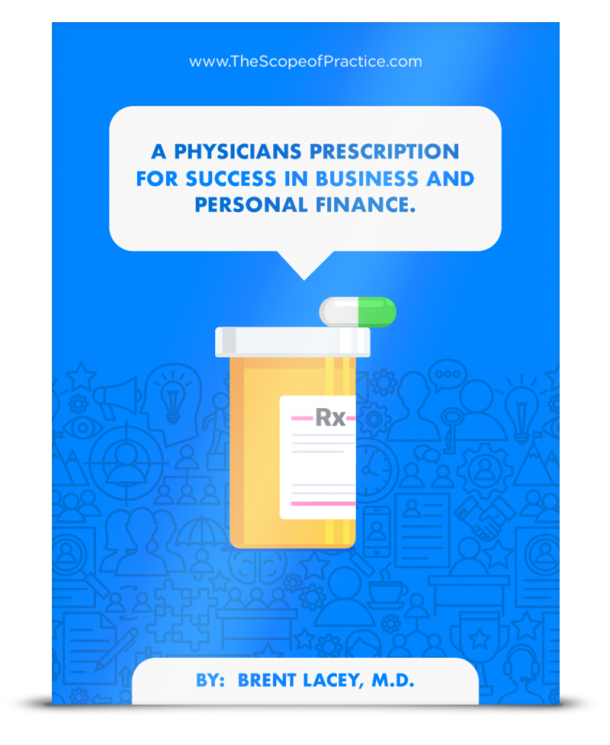 P.A.s and N.P.s have excellent skills

It would be disingenuous for P.A.s and N.P.s to claim that their medical training is equivalent to that of a board-certified gastroenterologist.  Does that make them less qualified to practice medicine?  Absolutely not!!

Now, not all P.A.s and N.P.s will be such an excellent provider, and I understand that.  News flash: I know plenty of gastroenterologists who aren’t so great either.  I think skill level has much more to do with the individual than their degree.

P.A.s and N.P.s make you more productive as a gastroenterologist

This is especially true in gastroenterology, but I think there is a role for P.A.s and N.P.s  in every specialty.  All of the P.A.s and N.P.s that have ever worked for me have been fantastic!  They absorbed knowledge like a sponge and became highly independent very quickly.

Once they started functioning more independently, I was able to shift my time to be more procedure-heavy.  That enabled me to do the therapeutic interventions only I could provide.  My business productivity quickly increased by 30%, eventually up to 60% higher.

Well-trained independent P.A.s and N.P.s will more than pull their own weight.  Working with them will make you more productive by increasing your focus on issues only you can address.

Our P.A.s and N.P.s do mostly outpatient work, but they do also help out on call on a rotating basis.

On the outpatient side, they have their own daily practices.  We supervise them, but they function fairly independently.  The more patients they see in clinic, the more I can be in the endoscopy suite.

On the inpatient side, they help us by seeing consults and follow-ups, freeing us to do the procedures and focus on the hardest cases.  It’s a great system that helps us be more efficient.

As the Baby Boomers retire, we expect America to experience a major shortage of physicians.  It’s important to American healthcare that we find ways to expand our ability to care for more patients.

With more and more physicians looking to go part-time, avoiding primary care jobs, and talking increasingly about retiring early, we need more P.A.s and N.P.s to pick up the slack, not fewer.

I don’t think physicians can have it both ways.  We can’t say that P.A.s and N.P.s shouldn’t be allowed to practice in the same way we do and simultaneously try to work as little as possible.  That’s not sustainable for a national healthcare model.

P.A.s and N.P.s as independent practitioners

This issue has generated a lot of controversy over the past few years.  I’ve seen a lot of petitions circulated to physicians to sign to try to block bills that would allow P.A.s and N.P.s to practice independently of physicians.

I have some mixed feelings about this issue, I’ll admit.

First, I think it would be unwise for P.A.s and N.P.s to go into independent practice immediately after training.  That’s especially true of the subspecialties like GI and endocrinology.

As I said earlier, the length and intensity of clinical training is a lot less for P.A.s and N.P.s than for physicians.  I think P.A.s and N.P.s generally benefit from several years of practicing under physician mentorship to solidify their clinical skills.

My P.A.s and N.P.s work under my supervision, but they function largely independently.  I trust them to make good clinical decisions and to come to me when they get stuck.  That’s based on years of experience and seeing them gradually increase their independence as their skill level grows.

Second, I do think that it’s incumbent on them to recognize their limitations and not seek to operate outside their scope of practice.

I’ve taken care of plenty of patients that had clinical issues that were missed by a P.A. or an N.P.  Yes, it’s frustrating.  But, guess what?  I’ve had that happen with patients under the care of physicians too.

I honestly don’t have a problem with P.A.s and N.P.s practicing independently as long as they practice according to their skill level and recognize their limitations.  I hold physicians to the same standards.

In my practice, I review all of their charts, but I don’t require them to staff every patient with me right after they see them.  At the beginning of their training, I’m much more hands-on in most clinical encounters.  Over time, as they demonstrate high levels of competence, we gradually loosen the reins until they’re mostly independent.

If you think P.A.s and N.P.s are going to take over your job, it’s time for you to adapt or to work with them.

When I was on my OB/GYN rotation in medical school, I learned a lot from our nurse midwives.  They were great!  They could do most of the things the physicians could do, but they recognized their limitations and deferred certain cases to the doctors.

Did that diminish the practice of the OB/GYN doctors?  I have to say, I don’t think it did.  Everyone knew their role and stayed in their lane.  It was efficient, productive, and safe.

Are you worried about losing your market share to P.A.s and N.P.s?  Why not hire them, train them, and work with them?

Either do that, or just get over it.

Trust me, there are so many patients that need care that even independently practicing P.A.s and N.P.s wouldn’t be able to corner the market.

If that leads to increased delivery of quality healthcare for our patients, how can we not celebrate that?

As a group, I find P.A.s and N.P.s to be conscientious, skilled, and compassionate.  They have a different skill set than us, and they will benefit from your mentorship and guidance throughout their practice.

I’ve worked with P.A.s and N.P.s in the outpatient and inpatient setting, and I have no qualms about it.  In fact, I’d go so far as to say that I couldn’t do my job as well as I do without them.

They make me more productive and efficient.  Our patients love them, and they offer excellent clinical care.

Gastroenterologists, it’s time for us to stop demonizing P.A.s and N.P.s.  They’re not just “mid-level providers” or “physician extenders.”  They’re highly competent clinicians who will make the practice of medicine better for our patients and for our healthcare system.

Let’s celebrate them, mentor them, and work with them so our patients get the excellent care they deserve when they need it.

Leave a comment below and share your thoughts on how we as gastroenterologists can work with P.A.s and N.P.s, instead of against them.

Podcast Episode 16 - "How to Rank #1 on Google" with Kelley and Justin Knott
5 Things I Wish I Knew Before I Became an Emergency Medicine Physician
Podcast Episode 15 - "How a Healthy Team Culture is the Secret to Your Company's Success" with Willi...
The Top 3 Killers of Team Culture that Leaders Should Avoid